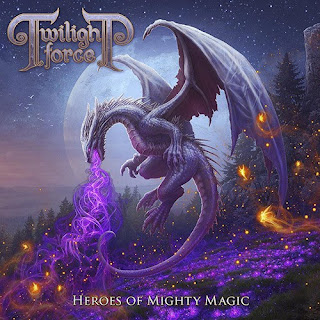 Twilight Force is a Swedish power metal band formed in 2011. The band's main lyrical themes are based on fantasy stories. Their first studio album, Tales of Ancient Prophecies, was released in 2014 by Black Lodge Records. The band members want to keep their real names private, so they use nicknames. The band's second album, Heroes of Mighty Magic, was released in 2016.

2.Powerwind
3.Guardian Of The Seas
4.Flight Of The Sapphire Dragon
5.There And Back Again
6.Riders Of The Dawn
7.Keepers Of Fate
8.Rise Of A Hero
9.To The Stars
10.Heroes Of Mighty Magic
11.Epilogue
12.Knights Of Twilight's Might