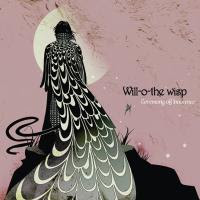 Will-O-The-Wisp biography
Will-O-the-Wisp is a band that comes from Athens, Greece. They were formed in 1997 as a sextet (guitar, bass, drums, flute, keyboards and vocals) and play Progressive Rock featuring a signifcant psychedelic orientation. Their music very much resembles the sound of the bands of the '70's, especially those of Camel and Caravan. Their lyrics are in English and balancing between fantasy and reality.

On 1st of January 1999 they released their first self titled album on CD digipack and 180gr vinyl with a beautiful double cover. This first record is an excellent example of how a band can play nice melodic Progressive Rock in our days. On the cover of this record writes 'this record is dedicated to the new born child and J.R.R Tolkien'. With the beautiful 'Elbereth' there's also featured a song inspired from the world of Tolkien. The album gained positive reviews from the Greek music press, and it was characterised as 'Album of the Month' twice.

On January 2001 they released their second album with the title 'Second Sight'. Again in a very beautiful digipack (book size) CD, and a limited edition of 230gr vinyl record with a double cover (800 copies). Although they maintained the same style in their music, this records compositions are a bit weaker in comparison with their first record. But the production is better, and it succeeded a few sales in Europe. In March 2002 they released a single including Billie Holiday's cover version of 'God Bless The Child', again in limited edition.

While the band was working on their 3rd album, they set up their own music company Wow Records, and under its label they released their new record 'Ceremony Of Innocence'. This album had the best production of all three, and it was released as digipack CD with a triple cover, and on limited edition vinyl (800 copies) with a triple cover as well. 2005 saw a line-up change and they continued as a quartet.

February 2007 they released their 4th album 'A Gift In Your Dreams'. Again a very expensive production. The CD is at a book size pack with hard cover and a 20 pages booklet. The vinyl record is again limited edition (800 copies) with a double cover. Here their sound has changed, as the band seemed to find a new approach to their music style.

(The Jester)
A masterpiece of psych/prog rock (vinyl rip) Year:

Paul Roland - A Cabinet Of Curiosities-1987 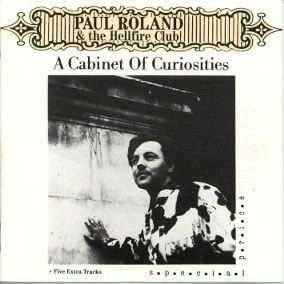 Since the release of his first (shared) single "Oscar Automobile" in 1979, Roland has been spinning his tales against a backdrop of gothic rock, psychedelic pop, folk and, occasionally, baroque strings. His character creations include a Regency magistrate, various 19th Century murderers, a retired executioner, an opium addict, and an entire court of medieval grotesques.

“Paul Roland has remained a cherished figure on the gothic rock and psychedelic pop periphery for 30 years…a treasury of detail and eloquence…Roland's impeccable narratives (and) formal, baroque instrumentation…creates the antiquated yet timeless ambience his songs deserve" (Marco Rossi, Record Collector, May 2010). 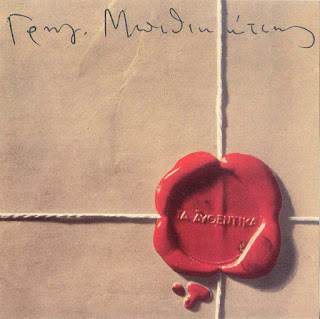 Biography
Bithikotsis was born in Peristeri, Athens, in 1922 to a poor family. He became interested in music at an early age, and acquired a bouzouki as soon as he was able. At first, he had to hide the instrument at a friend's house and practice in secret, as his father disapproved of the new rembetiko style that had captured his son's interest.

He met composer Mikis Theodorakis in 1959 and the two collaborated producing folk songs. Bithikotsis composed over 80 songs, including: Stu Belami to ouzeri and Toy Votanikou o magas. He possessed a rich singing voice with which he performed his own compositions and those of Theodorakis, who frequently chose his friend Grigoris to perform his masterpieces. The two contributed greatly to the then-emerging laika style of Greek music.

A leftist, he was exiled to the island of Makronisos in the 1950s during the reign of King Paul.

Throughout his life, Bithikotsis performed frequent concerts at numerous venues, including one in Athens upon the occasion of his eightieth birthday. He died in Athens, in 2005, following three months of hospitalization. His funeral was attended by thousands, including representatives of all the Greek political parties. 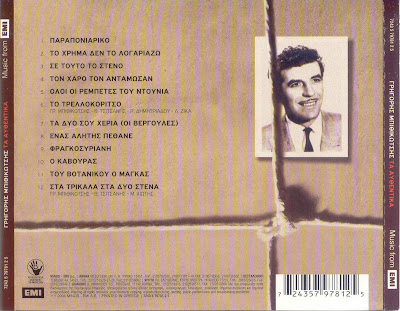 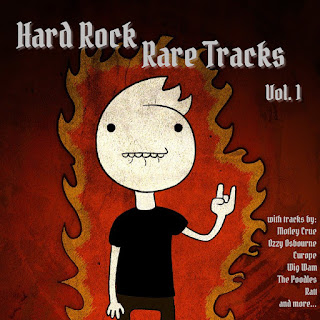 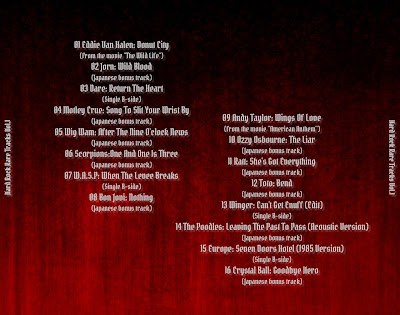 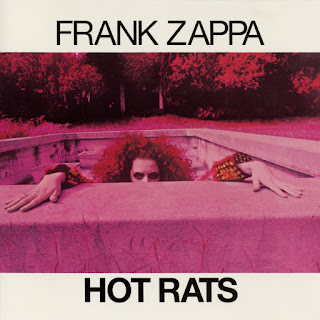 Hot Rats is the second solo album by Frank Zappa. It was released in October 1969. Five of the six songs are instrumental; the other, "Willie the Pimp", features vocals by Captain Beefheart. It was Zappa's first recording project after the dissolution of the original Mothers of Invention. In his original sleeve notes Zappa described the album as "a movie for your ears".

Because Hot Rats largely consists of instrumental jazz-influenced compositions with extensive soloing, the music sounds very different from earlier Zappa albums, which featured satirical vocal performances with extensive use of musique concrète and editing. Multi-instrumentalist Ian Underwood is the only member of the Mothers to appear on the album and was the primary musical collaborator. Other featured musicians were bassists Max Bennett and Shuggie Otis; drummers John Guerin, Paul Humphrey and Ron Selico; and electric violinists Don "Sugarcane" Harris and Jean-Luc Ponty.

This was the first Frank Zappa album recorded on 16-track equipment and one of the first albums to use this technology. Machines with 16 individual tracks allow for much more flexibility in multi-tracking and overdubbing than the professional 4 and 8-track reel-to-reel tape recorders that were standard in 1969.

Zappa dedicated the album to his newborn son, Dweezil. In February 2009, Dweezil's tribute band to his father, Zappa Plays Zappa, won a Grammy for Best Rock Instrumental Performance for their rendition of "Peaches en Regalia"

In the Q & Mojo Classic Special Edition Pink Floyd & The Story of Prog Rock, the album came number 13 in its list of "40 Cosmic Rock Albums".It was also included in the book 1001 Albums You Must Hear Before You Die. 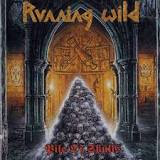 Pile of Skulls is the seventh studio album by Running Wild, released in 1992. It is their last album with guitarist Axel Morgan. It is the first album almost completely dominated by songwriting from band leader Rolf Kasparek but remains a fan favourite. The album has sold over 350,000 copies worldwide.

The song "Jennings' Revenge" tells about the exploits of pirate Henry Jennings.

The lyrics of "Treasure Island" are based on the book of the same title by 19th century author Robert Louis Stevenson. 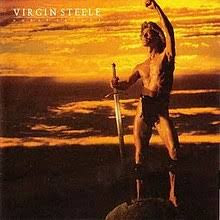 The band released a few career highlights albums (Noble Savage, The Marriage of Heaven and Hell Part I, The Marriage of Heaven and Hell Part II and Invictus). In recent years, they have enriched their sound with elements of musical theatre, progressive and symphonic metal, developing and writing projects such as the Metal Opera "The House of Atreus" (based on Oresteia and the Greek myth related to the Atreides) in 1999/2000 and the soundtrack for an imaginary movie Visions of Eden (A Barbaric Romantic Movie of the Mind) aka "The Lilith Project" (based on the Sumerian legend of Lilith) in 2006.


Noble Savage is the third studio album of the American heavy metal band Virgin Steele, released in 1985 by Cobra Records. The album was reissued in 1997 on CD by Noise Records with six bonus tracks. The remastered edition of 2008 by Dockyard 1 added two other extra tracks. In May 2011, the album was reissued once more by Steamhammer Records, a subsidiary of SPV with the same track list as the 1997 release, but with an added bonus CD containing 13 additional tracks.[5]

Before the recording of Noble Savage, original guitarist Jack Starr resigned from the band and was replaced by Edward Pursino, an old friend of DeFeis, whose guitar playing immediately fit very well with Virgin Steele's music and style. Pursino's contribution came also in the form of new musical ideas and compositions, and he is still a mainstay in Virgin Steele's line-up. The band's frontman David DeFeis considers this album one of the most important in the history of the band.[6]

Noble Savage was the first album where the band was completely satisfied with its music and sound. It is also the first album on which the current musical style of the band is fully manifested, containing grandiose compositions with multi-layered keyboard sound and more sophisticated arrangements. Noble Savage has become one of the most popular Virgin Steele albums and it includes the songs "We Rule the Night" and "Noble Savage", which the band still plays in concert. 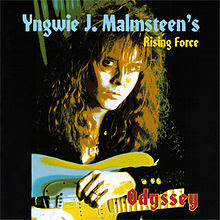 
Odyssey is the fourth studio album by guitarist Yngwie Malmsteen, released on 8 April 1988 through Polydor Records. The album reached No. 40 on the US Billboard 200 and remained on that chart for eighteen weeks as well as reaching the top 50 in five other countries.As of 2017 it remains Malmsteen's highest-charting release on the Billboard 200.

Renaissance - Scheherazade And Other Stories (U.k. 1975) 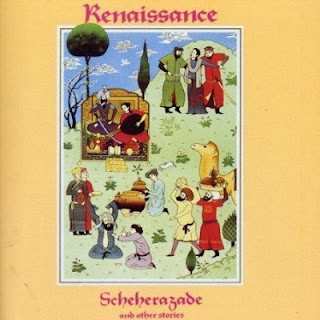 Renaissance are an English progressive rock band, best known for their 1978 UK top 10 hit "Northern Lights" and progressive rock classics like "Carpet of the Sun", "Mother Russia", and "Ashes Are Burning". They developed a unique sound, combining a female lead vocal with a fusion of classical, folk, rock, and jazz influences.[1] Characteristic elements of the Renaissance sound are Annie Haslam's wide vocal range, prominent piano accompaniment, orchestral arrangements, vocal harmonies, acoustic guitar, bass guitar, synthesiser, and versatile drum work. The band created a significant following in the northeast United States in the 70s, and that region remains their strongest fan base. 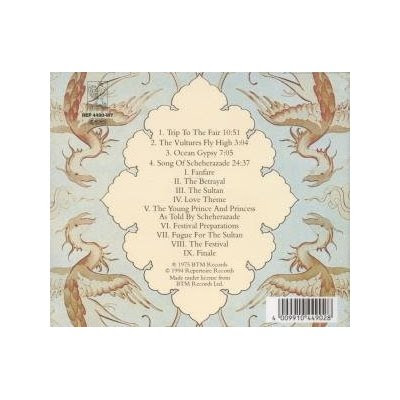 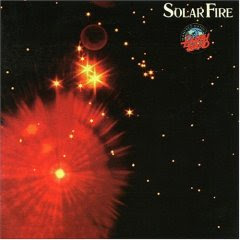 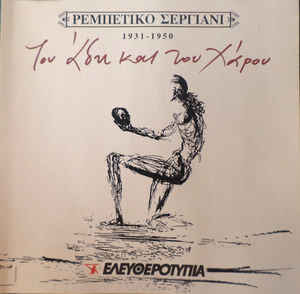 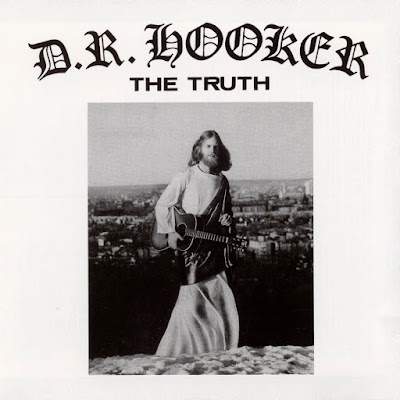 "Finally a CD reissue of one of the rarest US psych LPs.
The Truth, recorded in Connecticut in 1972, might very well be the ultimate North American acid rock album ever.No hype here, just incredible talented music. Everything is absolute perfection, the wailing fuzz guitarthe psychy arrangements, his awesome voice, layers of instruments and well-crafted songs.One of those LPs that keeps revealing new depths even when you've played it a hundred times.True psychedelia. This reissue is officially licensed from the artist.This CD edition contains 6 bonus tracks not on the LP." 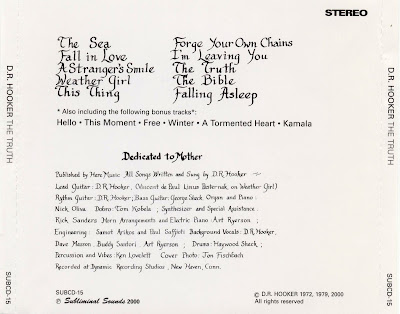 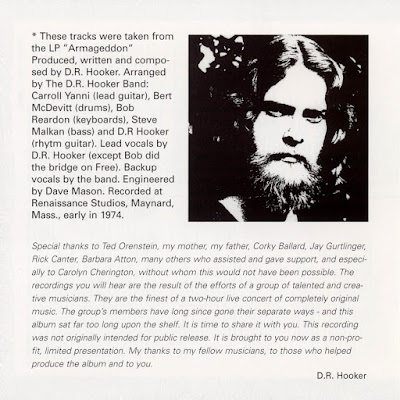 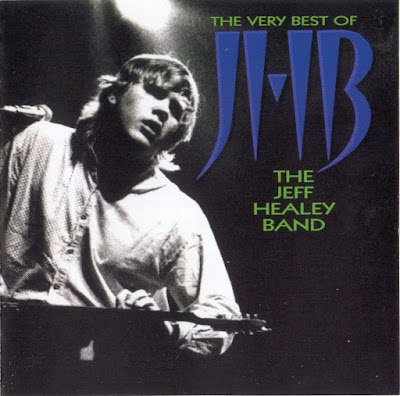 Norman Jeffrey "Jeff" Healey (March 25, 1966 – March 2, 2008) was a Canadian jazz and blues-rock vocalist, guitarist, and songwriter who attained musical and personal popularity, particularly in the 1980s and 1990s. He hit Number 5 on the U.S. Billboard Hot 100 chart with "Angel Eyes" and reached the Top 10 in Canada with the songs "I Think I Love You Too Much" and "How Long Can a Man Be Strong". 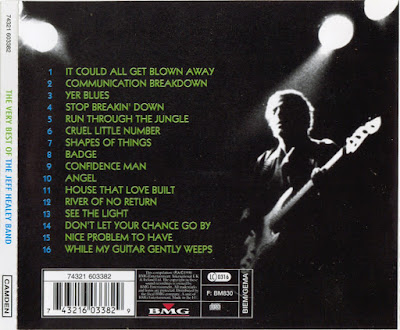