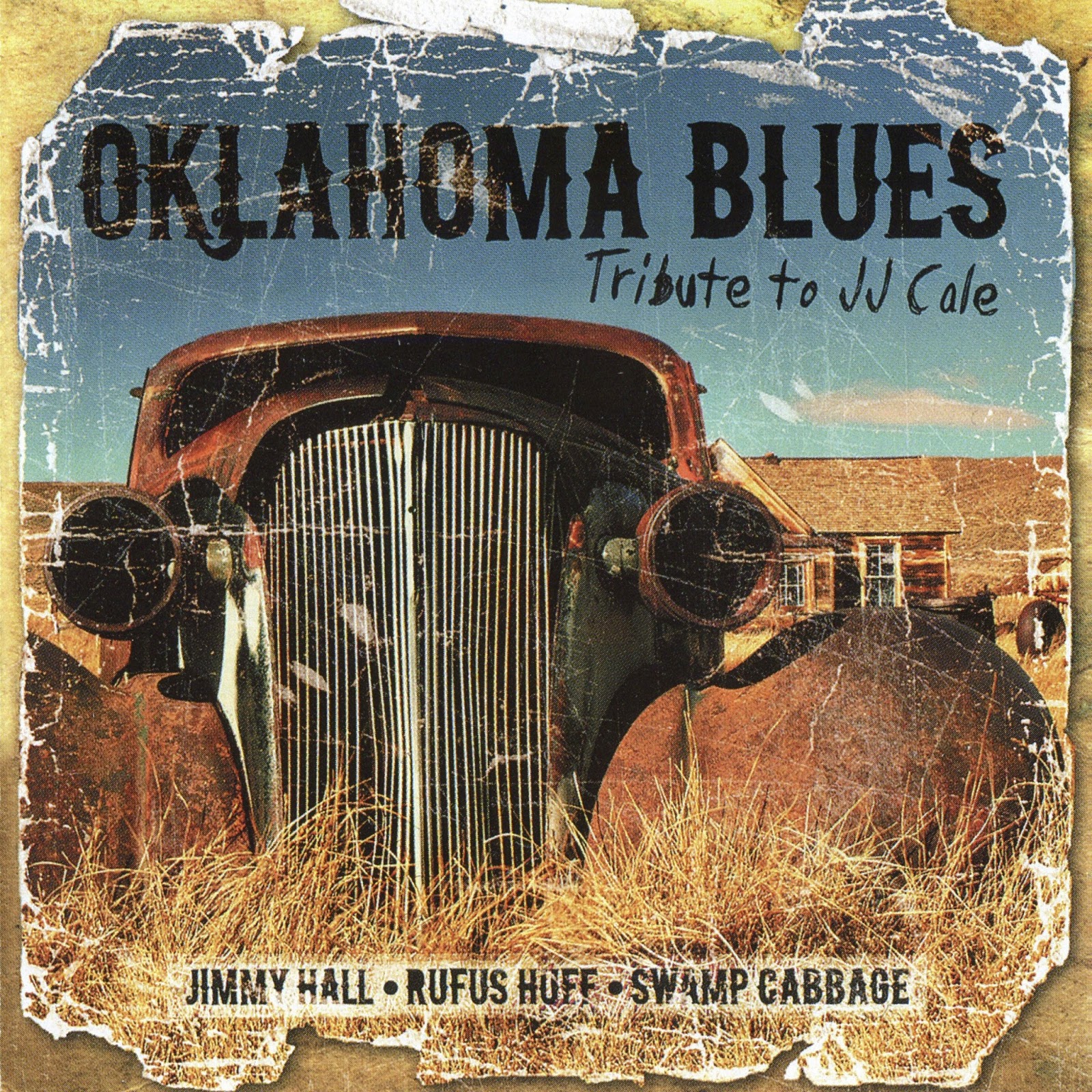 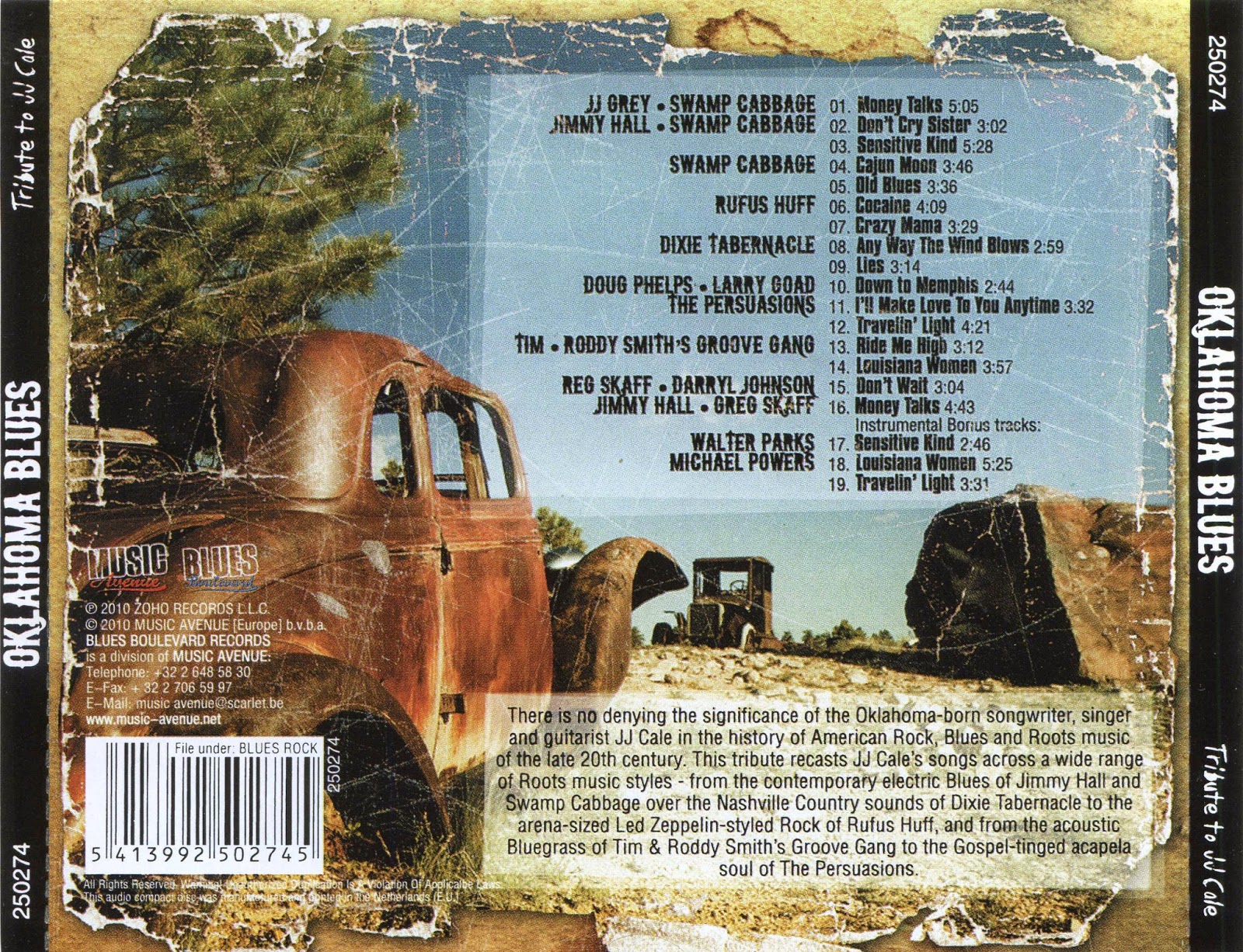 Tribute To Cale, J.J. : Oklahoma Blues-Tribute To JJ Cale album by JJ Cale was released Jul 13, 2010 on the Music Avenue label. Artists include Swamp Cabbage, Rufus Huff, Doug Phelps & more.
This tribute recasts JJ Cale’s songs across a wide range of Roots music styles – from the contemporary electric Blues of Jimmy Hall and Swamp Cabbage over the Nashville sounds of Dixie Tabernacle to the arena-sized Led Zeppelin-styled Rock of Rufus Huff, and the acapela soul of The Persuasions.
When the history of American Rock, Blues and Roots music of the late 20th century and beyond will be written, there is no doubt that Oklahoma-born song-writer, singer and guitarist JJ Cale will be a significant chapter in it.
Cale has become a huge influence on the adult oriented roots rock of Eric Clapton, Mark Knopfler, Bonnie Raitt, and many others.
His songs have been successfully covered not only by Eric Clapton, but also by Lynrd Skynrd, the Band, Bob Dylan, Tom Petty & The Heartbreakers and Santana, to name a but few.
His many collaborations with Clapton in particular have been highly successful: their 2006 CD album release “The Road to Escondido” won a Grammy in the “Best Contemporary Blues Album” category in 2008!
download
Αναρτήθηκε από Knightmare στις 3:01:00 μ.μ. Δεν υπάρχουν σχόλια: 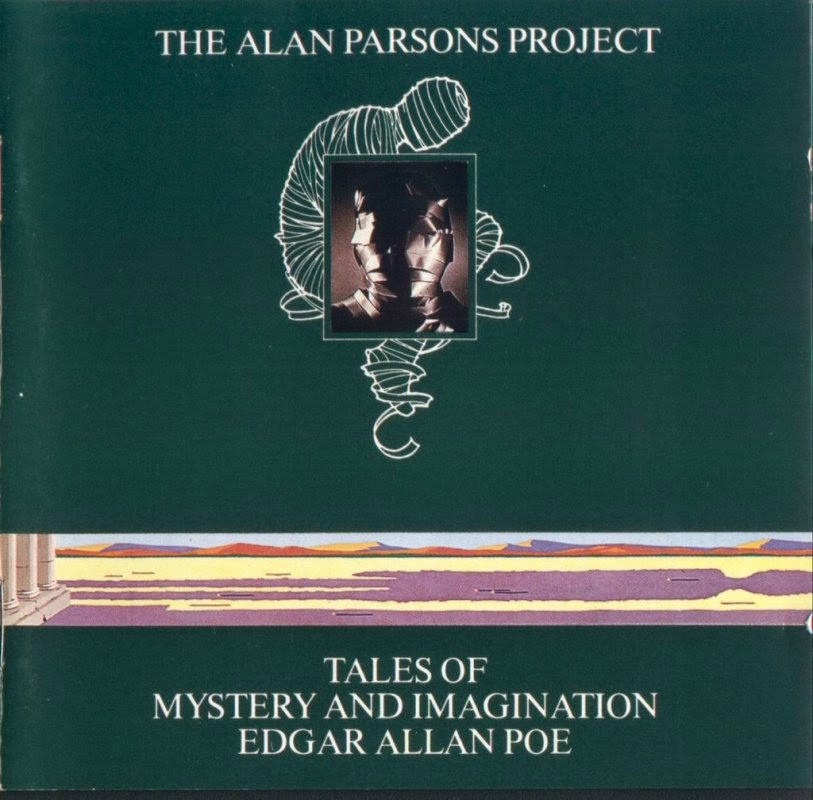 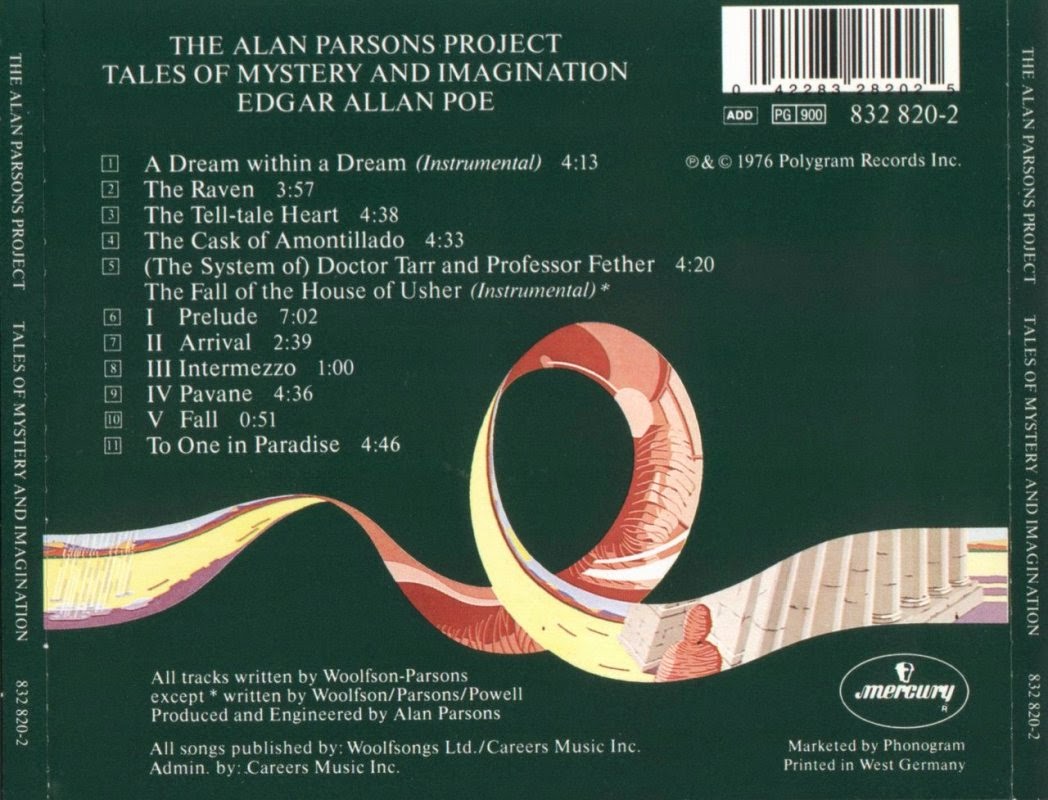 Tales of Mystery and Imagination Edgar Allan Poe is the debut album by the progressive rock group The Alan Parsons Project, released in 1976. The lyrical and musical themes – retellings of horror stories and poetry by Edgar Allan Poe — attracted a cult audience. The title of the album is taken from a popular title for a collection of Poe's macabre tales of the same name, Tales of Mystery & Imagination, first published in 1908 and reprinted many times since.

Musicians featured on the album include vocalists Arthur Brown of The Crazy World of Arthur Brown on The Tell Tale Heart and Terry Sylvester of The Hollies on To One In Paradise. The complete line-up of bands Ambrosia and Pilot play on the record, along with keyboardist Francis Monkman of Curved Air and Sky. Tales of Mystery and Imagination peaked at No. 38 on Billboard's Pop Albums chart. "(The System Of) Doctor Tarr And Professor Fether" peaked at No. 37 on the Pop Singles chart
Download 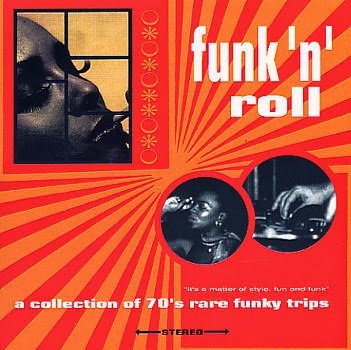 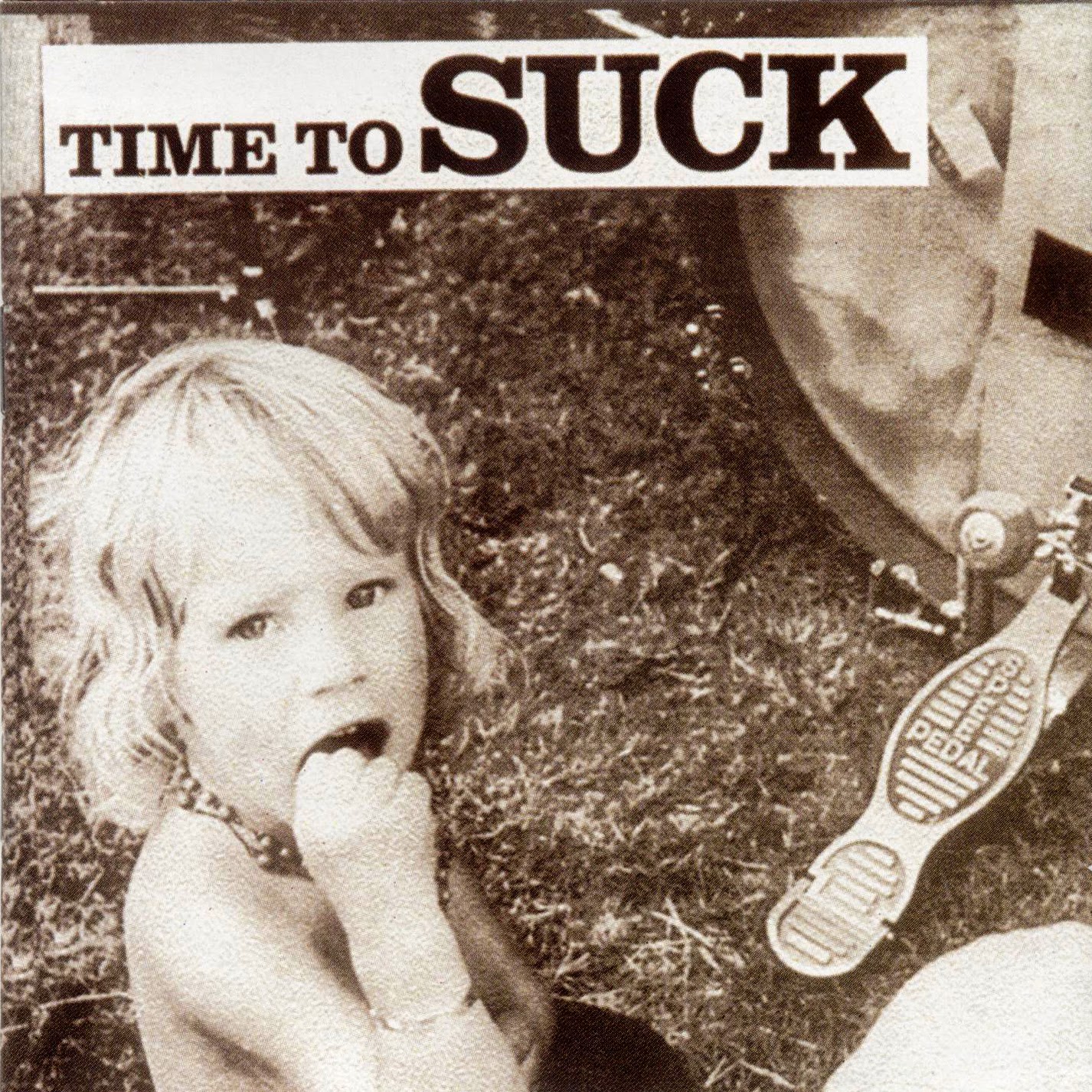 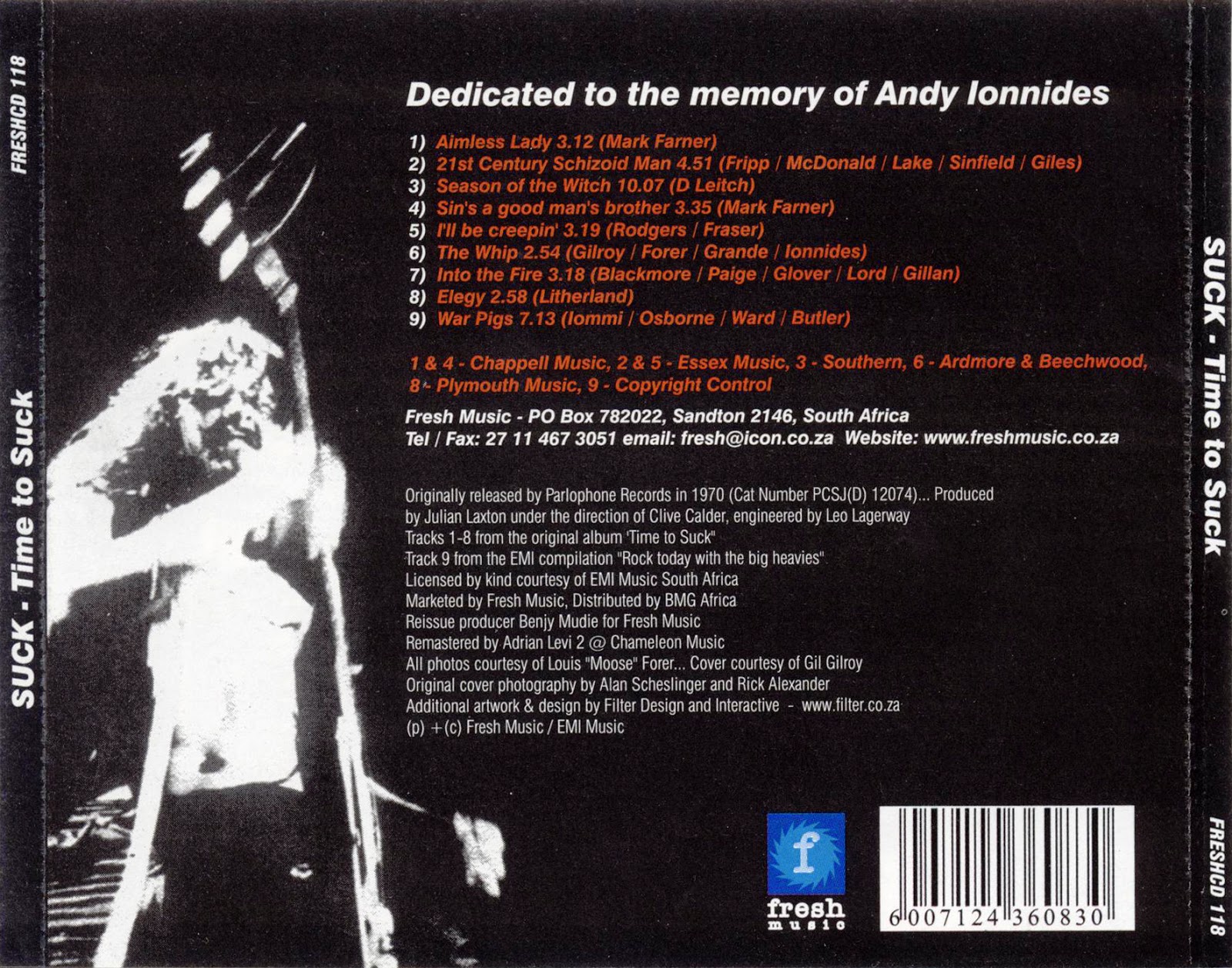 South African hard rock album from 1971 that contains wild heavy guitars and screaming vocals that is on par with any UK underground rock act from that period. Excellent cover versions of 'Into the Fire' Deep Purple, 'War Pigs' Sabbath and an extended 10 minute version of 'Season of the Witch' which is mind frying.
Excellent booklet detailing the history of this wild rock group. This is heavy 70's rock with a real attitude and deserves your attention. CD reissue taken from the original master tapes. The loudest, most controversial and obnoxious revolutionary fist-in-your-face rock album of the early 70`s.Suck`s rapacious musical rampage through a conservative South Africa in 1970 is stuff the legends are made of! "Time to Suck" is all howling guitars! Including covers of "Black Sabbath", "Grand Funk" and "King Crimson" 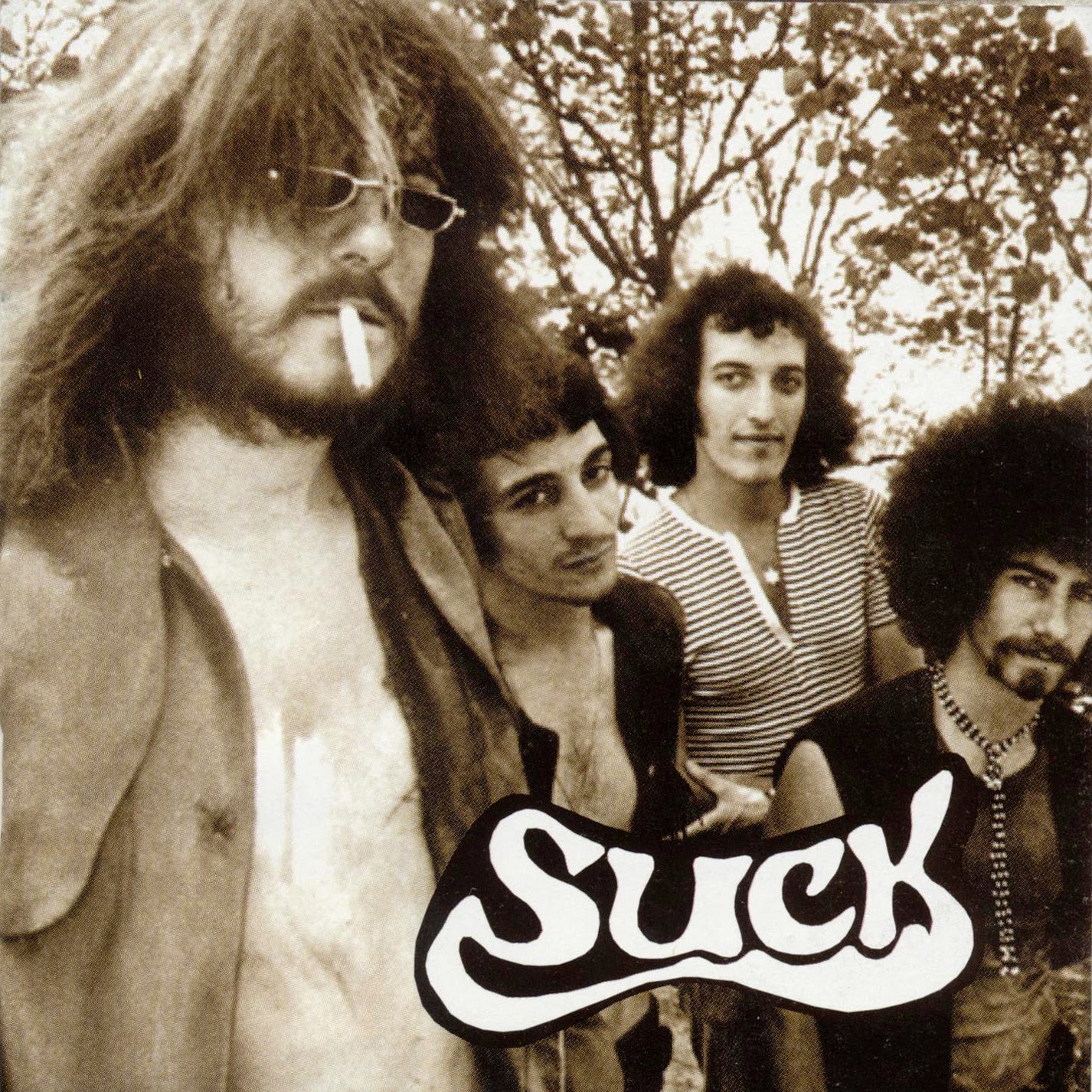 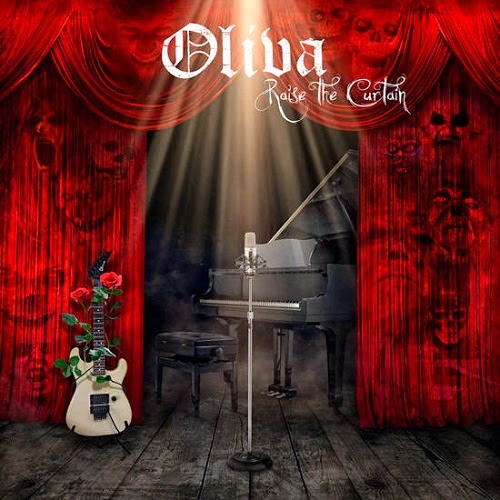 I’ve been following Jon Oliva’s career since I was a wee metal lad. I loved the classic Savatage albums like The Dungeons are Calling and Hall of the Mountain King and while I didn’t enjoy their eventual metamorphosis into a Broadway-like, show tuney act on later albums like Gutter Ballet and Handful of Rain, I always had a soft spot for Oliva’s singing. I also enjoyed a lot of the Jon Oliva’s Pain material even though it could be inconsistent. It was somewhat of a surprise to see him appear with this new eponymous act, but apparently Mr. Oliva felt the new moniker was more appropriate since this features music written by his deceased brother and former Savatage bandmate Criss Oliva.
While the material here isn’t vastly different from later period Savatage or the Jon Oliva’s Pain discography, it’s a more masterful fusion of metal, progressive rock like Yes, and old Genesis and Broadway-style, jazz handy wackiness, though thankfully, the Broadway elements are mostly kept in check. Jon Oliva is a metal institution, he has one of the most distinctive voices out there, he’s performing music with a deep personal connection and since he helped create Trans-Siberian Orchestra, he’s pretty much Father Fucking Christmas. Needless to say, I was really intrigued to hear Raise the Curtain. It turns out to be quite the insidious grower and achieves a lot of what Savatage strived for on later albums, but couldn’t quite get right. It’s also one of the nicer surprises of the year and a whole lot of fun too.
all here  Review 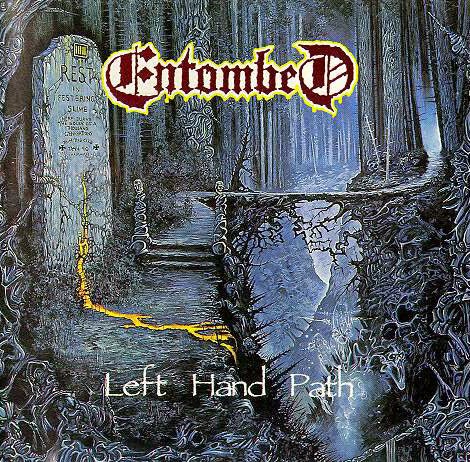 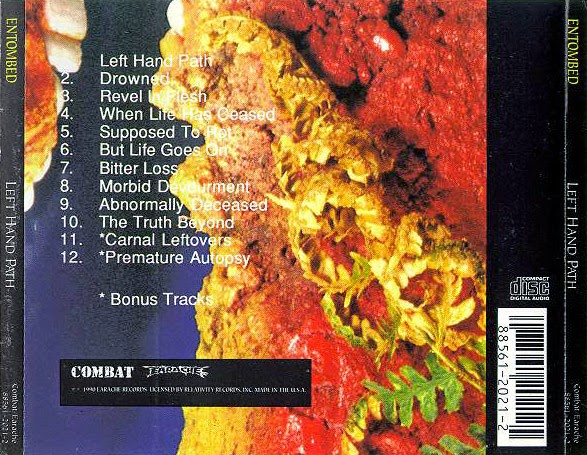 Left Hand Path is the debut album from Entombed from 1990 that is known for defining the style of Swedish death metal by being the first recording to use the "buzzsaw" guitar tone
download
Αναρτήθηκε από Knightmare στις 3:47:00 μ.μ. Δεν υπάρχουν σχόλια: 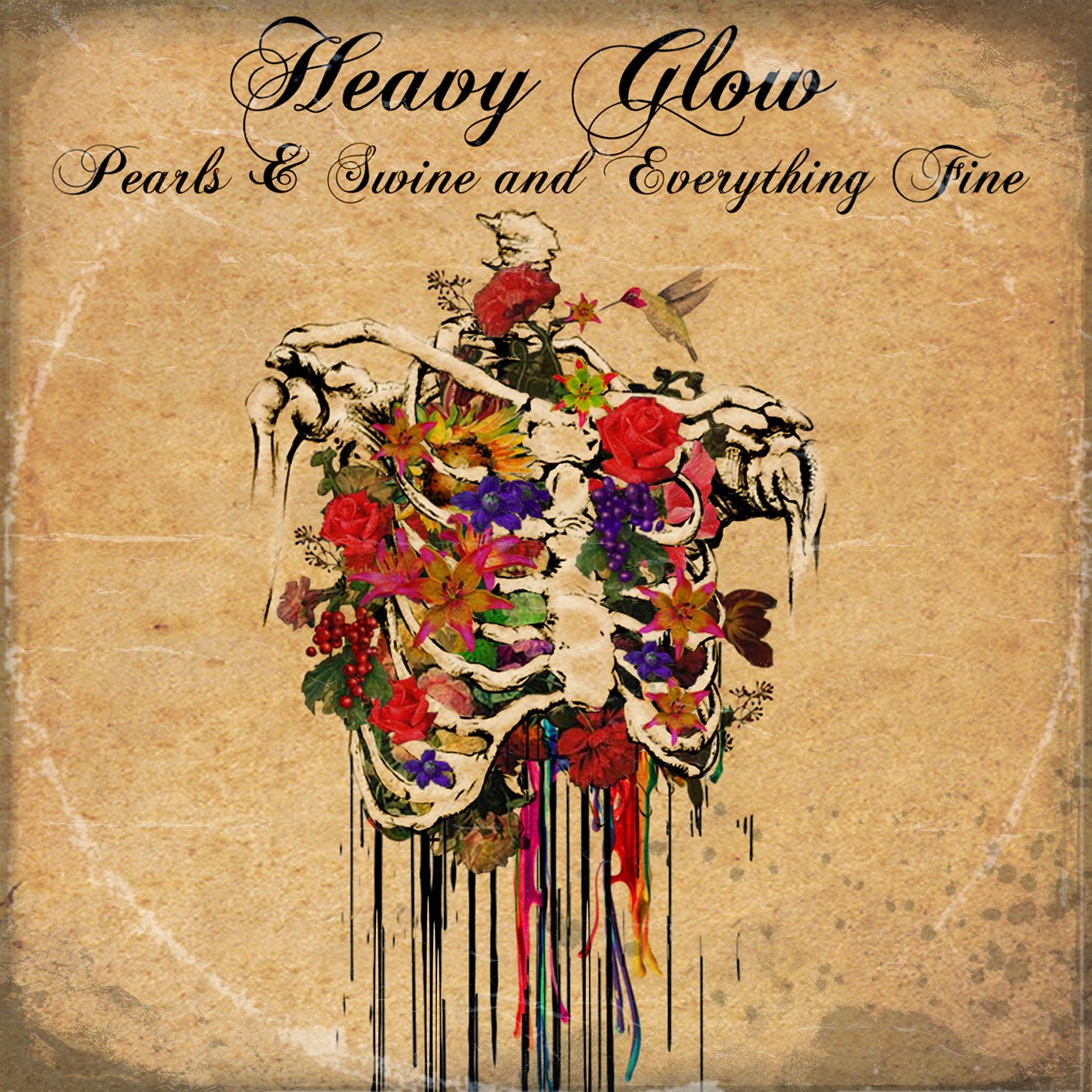 Heavy Glow is a modern American rock band from San Diego, California. Formed in 2008 by vocalist and guitarist Jared Mullins and bassist Joe Brooks the band has released one album, 2 EP's, and 1 single.
Singer-guitarist Jared Mullins grew up in Olmsted Falls but moved to San Diego a few years ago to pursue a history degree. While there, he formed the hard rock group Heavy Glow in 2008, but he recently moved back to Cleveland because the central location makes touring easier. Often categorized as stoner rock, the band goes for something a bit mellower here. The mid-tempo rocker "Headhunter" features bluesy guitar licks and whispered vocals. It sounds more like Cream than Queens of the Stone Age. The first single, "Look What You're Doing to Me," combines Black Keys-inspired garage blues with Foo Fighters-like hooks. The shredding guitar licks that reverberate over the course of this album suggest these guys could have a future as Guitar Hero spokesmen. 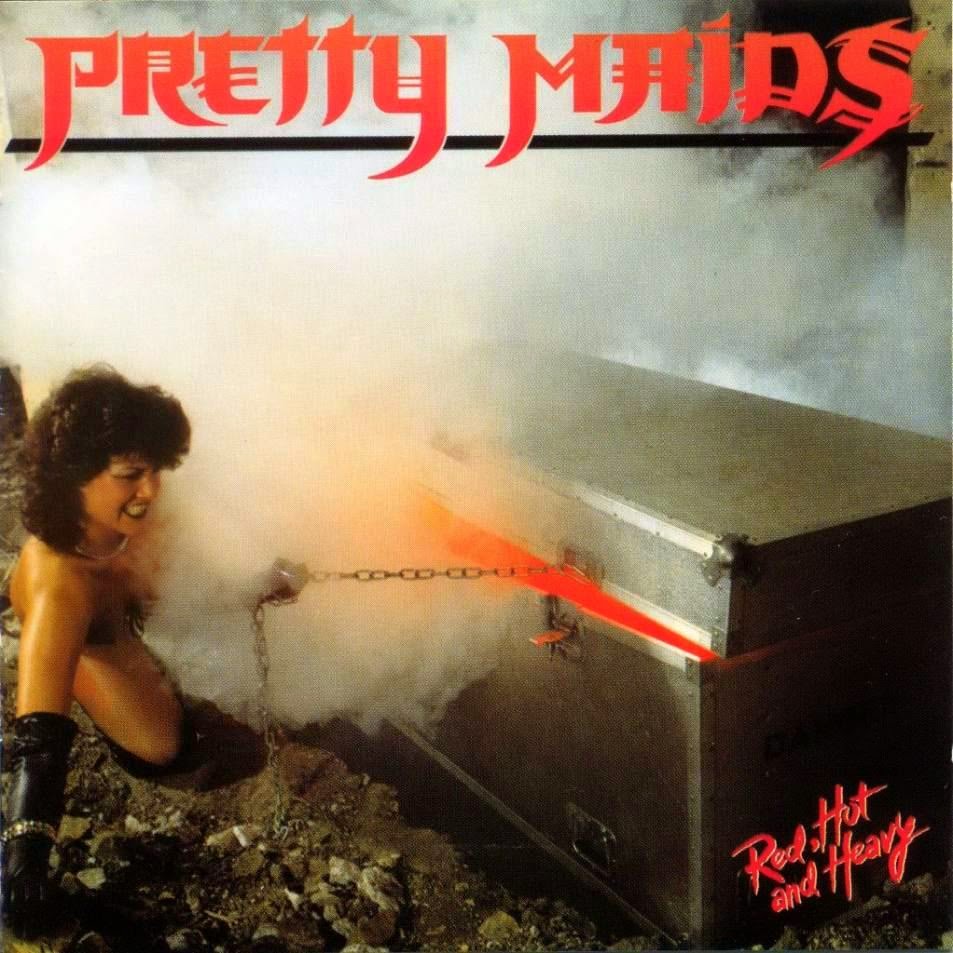 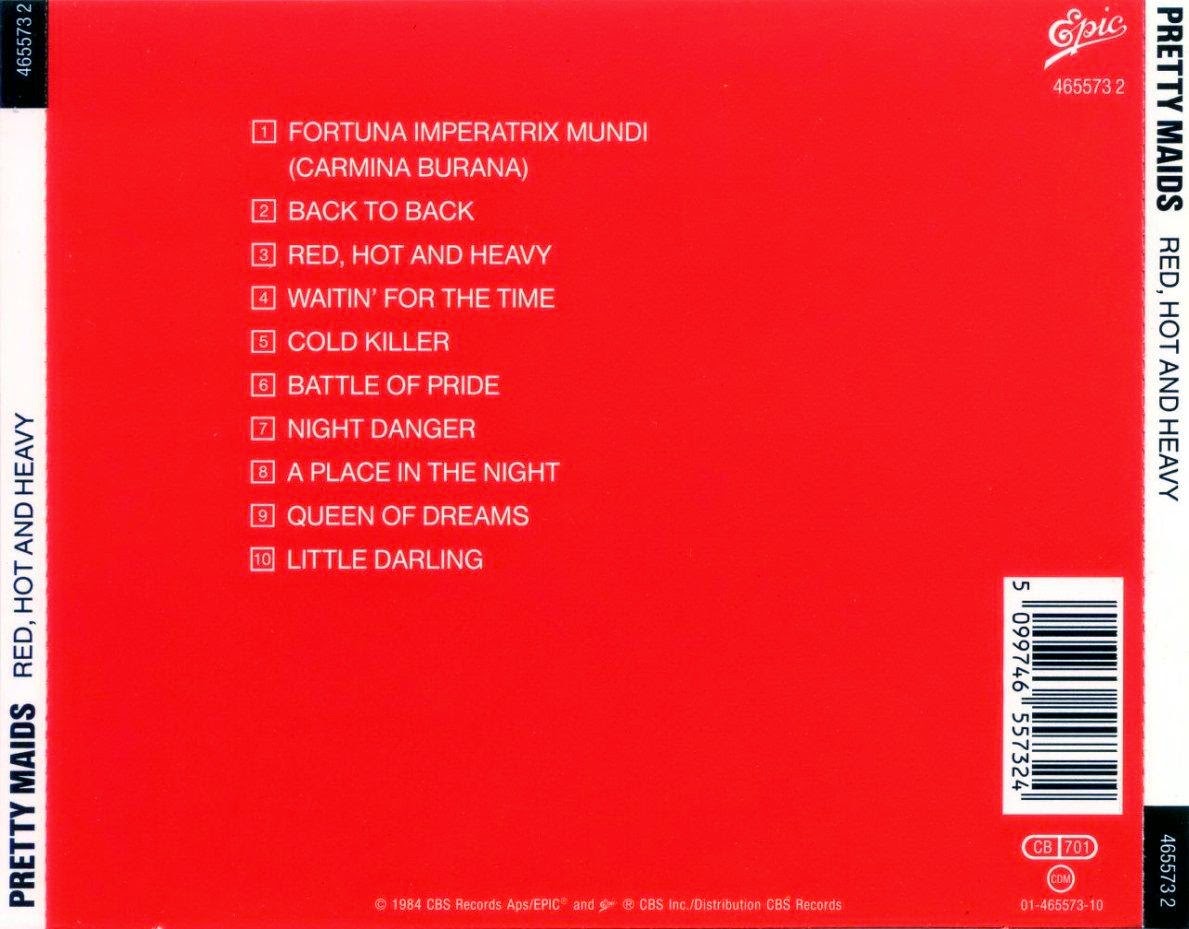 Pretty Maids are a Danish hard rock/heavy metal band from Horsens, Denmark. Formed in 1981 by Ronnie Atkins and Ken Hammer, their sound and music can be described as classic guitar-laden heavy rock with a strong emphasis on melodic elements like vocals and keyboards
Info from Wiki

Pretty Maids were formed in 1981 by friends Ken Hammer and Ronnie Atkins in Horsens, Denmark. They were initially a cover band first named Pretty Pretty Panick, but soon started writing their own material and a self-financed demo resulted in a deal with the English record label Bullet Records.

In 1983, the band released their debut self-titled EP under the name Pretty Maids which is still the same today, and further recognition was fuelled by great reaction to their UK tour the same year. Inevitably the band outgrew their label, and in 1984 signed to CBS Records, who remixed and re-released their self-titled EP with a different cover.

In 1984, the band released their debut studio album, Red, Hot and Heavy, which was a success. More acclaim was followed with their second studio album, Future World, released in 1987. It was recorded in New York with renowned producer Eddie Kramer. The album is considered to define the band's definite sound, with typically aggressive rockers alongside more commercial, melodic moments.
download
Αναρτήθηκε από Knightmare στις 9:40:00 μ.μ. Δεν υπάρχουν σχόλια: 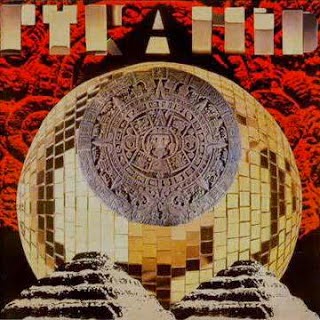 
Review by: Rivertree from Prog Archives.

Pyramid' consists of one long 33 minute track named Dawn defender. Mellow ambient spaced out sounds are dominating with a decent rhythm work - trance pure partially remembering at the AMON DÜÜl 2 Yeti jams. The track once is interrupted by a heavy psych part for some minutes but in the whole the song is meandering with its own special mood. First of all the spacy guitar work is to remark. Nothing is known about the way the band worked out the music. Is it recorded on the fly or reworked with overdubs?
For me it's secondary that this one is announced to be a hoax in the meanwhile. The obscure british label named 'Psy-Fi' is expected to be responsible for that. 'Pyramid' seems to be originally recorded in the early 90s by engineer Toby Robinson of the german Dierks studio. The british musicians are still unknown and therefore provided with fantasy names and a seventies german krautrock background because of a little revival of this genre at that time.
Hoax or not - it doesn't matter - the music is definetely fitting into the krautrock category. Mysteriously and rare per se, musically not spectacular but a solid production with a nice mix of psychedelic and electronic ingredients.