Paul Roland - A Cabinet Of Curiosities 1987 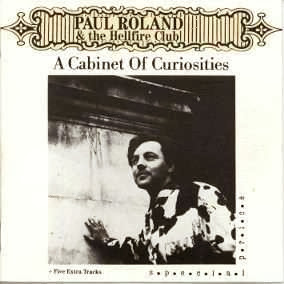 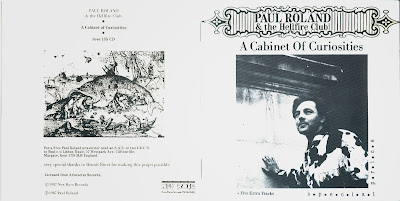 Since the release of his first (shared) single Oscar Automobile in 1979 Roland has been spinning his tales against a backdrop of gothic rock, psych-pop, folk and, occasionally, baroque strings. His character creations include a Regency magistrate, various 19th Century murderers, a retired executioner, an opium addict, and an entire court of medieval grotesques.

Joshua Pfeiffer (of Vernian Process) is quoted as saying “As for Paul Roland, if any­one deserves credit for spear­head­ing steampunk music, it is him. He was one of the inspi­ra­tions I had in start­ing my project. He was writ­ing songs about the first attempt at manned flight, and an Edwar­dian air­ship raid in the mid-80’s long before almost any­one else….”[1]