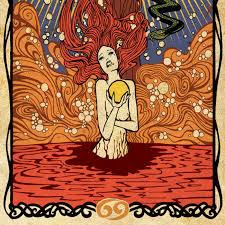 
The history of Hypnos 69 began at the end of the '80s, when Steve and Dave Houtmeyers played in a political punk oriented band called Massagraf. The band had several line-ups, although Steve and Dave were the only steady members. They released one 7" EP in 1992 and split up that same year. At that time Steve was active with Belgian grindcore pioneers Agathocles (band). Agathocles and Dave started anarcho punk band Intestinal Disease. Both bands toured Europe and South America.[citation needed] By 1994 Steve Houtmeyers decided to quit Agathocles and form his own, more '70s rock oriented band called Starfall. It included Dave Houtmeyers on drums and Tom Vanlaer on bass. By 1995 after doing some local shows, they changed their name to Hypnos 69.

In 2000 the first Hypnos 69 release appeared on the Belgian RocknRollRadio record label entitled Wherever Time has shared it's Trust" on blue 10" EP vinyl. The first full-length CD appeared also on RocknRollRadio in 2002 entitled Timeline Traveller and contains bad ass heavy '70s rock. The band toured with this CD in Germany, The Netherlands, France and Czech Republic.

When the band presented their second full CD Promise of a New Moon on R³ in 2003, Steven Marx was introduced into Hypnos. From being a guest musician he rapidly became a part of the live-set and a new member of the band.

In October 2004 the band decided to make a deal with the German record label ElektroHasch. Their third full CD The Intrigue of Perception, along with a split 10" EP with Germany's Colour Haze was released in November 2004.

In 2006, after extended touring in Scandinavia, Germany, the Netherlands, France, Switzerland, Austria and Italy, the band recorded The Eclectic Measure. The artwork was done by Italian graphic artists Malleus. By November 2006, the band was on hold, due to some personal issues in the band, but after six months decided to tour again. In Autumn 2007 Hypnos 69 toured to promote The Eclectic Measure throughout Europe.