Dream Theater - Dark Side Of The Moon - Official Bootleg 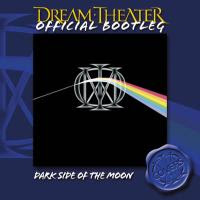 Dream Theater is an American Grammy Award-nominated progressive metal band formed in 1985 under the name Majesty byJohn Petrucci, John Myung, and Mike Portnoy while they attended Berklee College of Music in Massachusetts. They subsequently dropped out of their studies to concentrate further on the band that would ultimately become Dream Theater. Though a number of lineup changes followed, the three original members remained together along with James LaBrie and Jordan Rudess until September 8, 2010, when Portnoy left the band. In October 2010, the band held auditions for a drummer to replace Portnoy. Mike Mangini was announced as the new permanent drummer on April 29,

All lyrics written by Roger Waters.