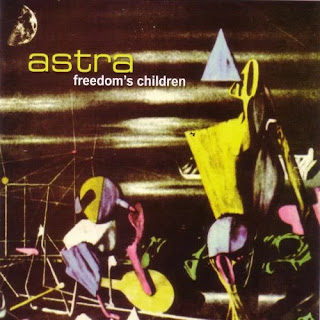 Freedom's Children biography
This band reflects a tiny but fascinating and oft-forgotten scene of South African progressive rock, regularly omitted from prog annals and denied their part in music history. But in their time, FREEDOM'S CHILDREN were no less innovative than ATOMIC ROOSTER, EGG or COLOSSEUM and their 1970 release "Astra" was an extremely important if completely missed record. Luckily it was re-issued in 1990 and again several times. The original band included Julian Laxton's lead guitar (and inventor of his 'black box', a much mythologized sound-producing device), Nic Martens on organ, bassist/lyricist Ramsay MacKay, Brian Davidson's voice, drummer Colin Pratley, Harry Poulos on organ and vocals and Gerard Nel's piano. Many well-known musicians have played in the band over the years including Trevor Rabin, Mick Jade and Ken E. Henson.

Unable to legally work in certain places due to issues surrounding Apartheid, the band found it difficult to break through, especially outside their country but continued making strides in the 1970s. Undoubtedly their most important work and finest effort is "Astra", a spicy and exciting blend of heavy prog with plenty of psych and blues. The disc has been re-released as many as six times in varying degrees of quality, the last in 2004.

FREEDOM"S CHILDREN is one of the best of the hard-edged prog bands and a jewel in the South African prog crown, and is highly recommended to fans of the earlier, more intense heavy art bands.