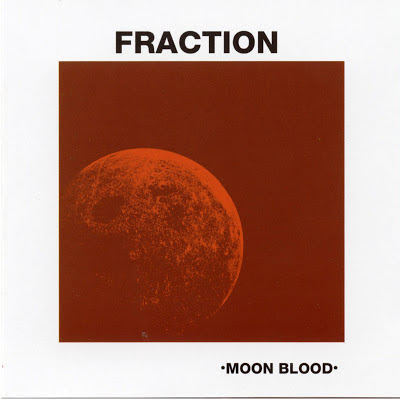 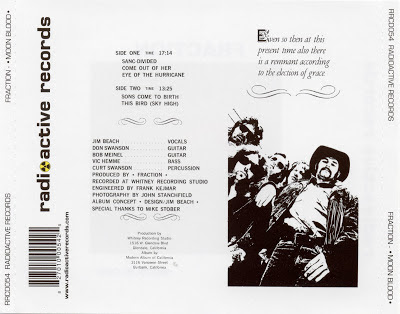 "This 1971 release on the Angelus label (Angelus 571) was limited to only 200 copies,
so originals are worth a small fortune. Fraction,
with vocalist Jim Beach bearing an uncanny vocal resemblance to Jim Morrision
(although he was singing on Sunset Strip long before Morrison took to the stage),
were often compared favourably with the Doors,
although their quasi-religious message would probably not have found favour
with the recently-departed Morrison. Indeed, this rather fine album was
once famously described as the album the Doors probably wished they had made!
Underpinned by guitarist Don Swanson's superb Ritchie Blackmorestyle guitar work,
this is an album full of beautiful psychedelia, acid and hard rock,
at once emblematic of the era but not dated by its association.
The five original compositions are all of the highest quality and the
contribution of Beach's Morrison-esque vocals place a stamp of originality on the
recording that endures from beginning to end."