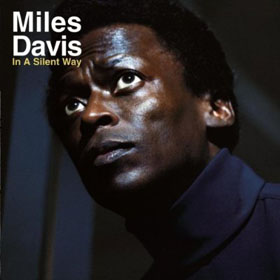 Miles Dewey Davis III (May 26, 1926 – September 28, 1991) was an American jazz trumpeter, bandleader, and composer. He is among the most influential and acclaimed figures in the history of jazz and 20th century music. Davis adopted a variety of musical directions in a five-decade career that kept him at the forefront of many major stylistic developments in jazz.[1]

Born and raised in Alton, Illinois, Davis left to study at the Juilliard School in New York City, before dropping out and making his professional debut as a member of saxophonist Charlie Parker's bebop quintet from 1944 to 1948. Shortly after, he recorded the Birth of the Cool sessions for Capitol Records, which were instrumental to the development of cool jazz. In the early 1950s, Miles Davis recorded some of the earliest hard bop music while on Prestige Records but did so haphazardly due to a heroin addiction. After a widely acclaimed comeback performance at the Newport Jazz Festival in 1955, he signed a long-term contract with Columbia Recordsand recorded the 1957 album 'Round About Midnight.[2] It was his first work with saxophonist John Coltrane and bassist Paul Chambers, key members of the sextet he led into the early 1960s. During this period, he alternated between orchestral jazz collaborations with arranger Gil Evans, such as the Spanish-influenced Sketches of Spain (1960), and band recordings, such as Milestones (1958) and Kind of Blue (1959).[3] The latter recording remains one of the most popular jazz albums of all time,[4] having sold over four million copies in the U.S.


In a Silent Way is a studio album by American jazz trumpeter, composer, and bandleader Miles Davis, released on July 30, 1969, on Columbia Records. Produced by Teo Macero, the album was recorded in one session date on February 18, 1969, at CBS 30th Street Studio in New York City. Incorporating elements of classical sonata form, Macero edited and arranged Davis's recordings from the session to produce the album. Marking the beginning of his "electric" period, In a Silent Way has been regarded by music writers as Davis's first fusion recording, following a stylistic shift toward the genre in his previous records and live performances.

Upon its release, the album was met by controversy among music critics, particularly those of jazz and rock music, who were divided in their reaction to its experimental musical structure and Davis's electric approach. Since its initial reception, it has been regarded by fans and critics as one of Davis's greatest and most influential works. In 2001, Columbia Legacy and Sony Music released the three-disc box set The Complete In a Silent Way Sessions, which includes the original album, additional tracks, and the unedited recordings utilized for production purposes.[4]