Jess and the Ancient Ones - 2nd Psychedelic Coming the Aquarius (2015) 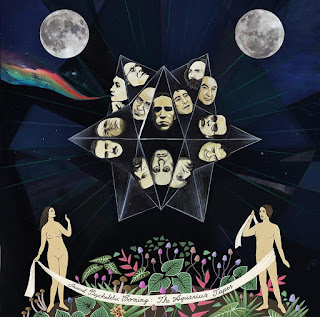 Jess and the Ancient Ones is a Finnish psychedelic rock band that was formed in Kuopio in 2010. Some of the members of the band were co-musicians in the Finnish metal band Deathchain. The band has released three albums; the self-titled Jess and the Ancient Ones in 2012 with seven tracks, Second Psychedelic Coming: The Aquarius Tapes in 2015 and 2017's The Horse and Other Weird Tales.

They have also released the 2013 EP Astral Sabbat, which was produced by Tore Stjerna of Necromorbus Studio.

The band had a notable collaboration with Spain's Deadmask in a 7" split release The Deepest Sea / Into Starlit Chambers.