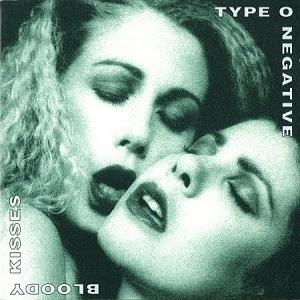 On April 14, 2010, lead vocalist, bassist, and principal songwriter Peter Steele died, reportedly from heart failurebrought on by an aortic aneurysm. Members Kenny Hickey and Johnny Kelly stated in a November 2010 interview with French music magazine Rock Hard that the band would not continue due to his death

Bloody Kisses is the third studio album by the American band Type O Negative and the last recording with the band's original line-up, as the drummer, Sal Abruscato, left in late 1993. The album includes one of their best known songs, "Black No. 1", which earned the band a considerable cult following. The album further established recurring motifs of the band's music, such as including cover songs recorded in the gothic metal style, sample-heavy soundscapes in between songs, and lyrics replete with dry, satirical humour.