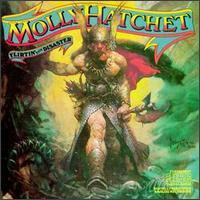 Molly Hatchet is an American Southern hard rock band that formed in Jacksonville, Florida, in 1971. The band was founded by guitarist Dave Hlubek in 1971. The band is best known for their 1979 hit song "Flirtin' with Disaster".

Molly Hatchet was founded by guitarist Dave Hlubek in 1971. The band originated and was based in Jacksonville, Florida and shared influences and inspiration with what is perhaps the most well-known act in the Southern rock genre, Lynyrd Skynyrd.

Bassist Banner Thomas and guitarist Steve Holland joined the band in 1974. Bruce Crump would become the drummer in early 1975, and guitarist Duane Roland and singer Danny Joe Brown joined in 1976.

Hlubek, along with Banner Thomas, also wrote/co-wrote and co-produced many of the band's songs. Hlubek has stated that the demise of Lynyrd Skynyrd opened the door for Molly Hatchet.[1] Members of .38 Special referred the band to manager Pat Armstrong,[1] who, with partner Alan Walden, had briefly been co-manager of Lynyrd Skynyrd in 1970.

Skynyrd's Ronnie Van Zant was slated to produce Molly Hatchet's first album, having helped in writing arrangements and directing rehearsals prior to his death.[citation needed] Molly Hatchet cut their first demos in Lynyrd Skynyrd's 8-track recording studio using their equipment.[1] Other demos were cut in Jacksonville's Warehouse Studios. Warner Bros. Records expressed interest in the resulting recordings from these sessions.[citation needed]However, the band ended up being turned down by Warner, who instead picked Van Halen over Molly Hatchet. After this setback, Hatchet toured the Florida roadhouse and bar circuit. About six months later, Epic Records signed the band to a recording contract in 1977 and brought Tom Werman in as producer.

Molly Hatchet was followed by Flirtin' with Disaster in September 1979, with its title song another AOR hit, as was its first track, "Whiskey Man", from the album.

Molly Hatchet proceeded to tour behind the records building a larger fan base. Lead singer Danny Joe Brown left the band in May 1980 because of diabetes and other reasons, only to return two years later
download 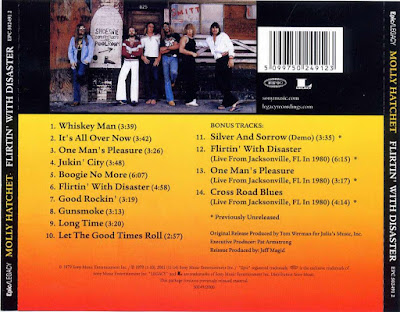