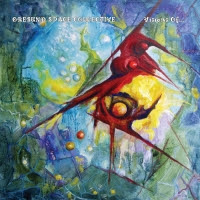 It all started with some loose jam sessions in the rehearsal rooms of the bands Bland Bladen and Mantric Muse. Founded by Scott Heller aka Dr. Space (synth, management) in 2004 ØRESUND SPACE COLLECTIVE (OSC) are a multinational crew which get together as often as possible to play free form improvised space rock music. The band name derives from the Øresund Bridge, connecting Denmark and Sweden since the year 2000. The purpose is to offer another flavour with every new session. This is guaranteed by everlasting line-up changes.

The whole OSC family comprises more than 30 members in the meanwhile, temporarily entrusted by nearly every existing Nordic psych/space band. They have toured all over in Europe whilst collaborating with Sula Bassana and others. The musical trademark is provided by a grooving backbone in general. This is decorated by playful multiple guitars and a proper proportion of synthesizer and organ input. The interplay is somnambulistic due to a special spirit. All in all their music blends elements of psychedelic, space, dub, jazz and krautrock. Nearly every studio session or live gig has been recorded - the best-of excerpts got a place on several studio albums, starting with the eponymous debut in 2006.

Additionally the band offer several recordings for free via their official website respectively other legal download platforms, for example Internet Archives. The Black Tornado Studios in Copenhagen must be beneficial for the band's spirit - with the result of several highlights. Released on Transubstans 'It's All About Delay' (2006) and 'Black Tomato' (2007) are critically acclaimed albums coming from jam sessions in early 2006. Two years later a different line-up recorded new high quality material at the same place. 'Slip Into The Vortex' and 'Dead Man In Space' have been already released in 2010, a third album is announced.