The Vietnam Veteran- The Days of Pearly Spencer (1988) 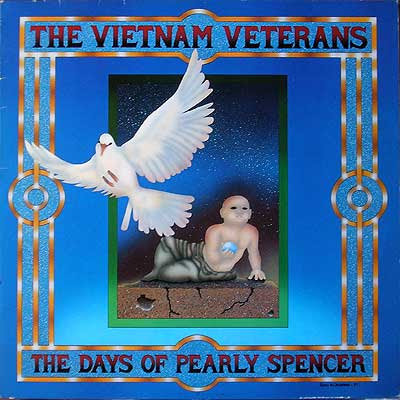 The Vietnam Veterans is a French psychedelic band, hailing originally from Chalon-sur-Saône, a commune in eastern France. They released six full-length albums during the 1980s, starting in 1983. The band was praised by many alternative music publications, including Bucketfull of Brains during the 1980s. After a 21-year-long pause, they are now active again.


The Days of Pearly Spencer is an compilation album by The Vietnam Veterans, released in 1988. It was the band's last full-length album before they broke up.

Their record label gave the following statement: "The Vietnam Veterans are no more. This album contains material which was recorded during long night sessions, but remained unreleased. With the re-recordings of the old "demo" songs, they want to prove that they are better than ever. Now it's time to die!"

The Vietnam Veterans has later come to life again, and released a new full-length album in 2009.