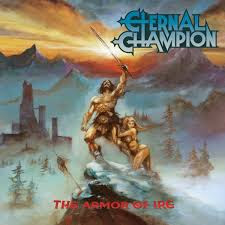 
From Michael Moorcock's high fantasy series, The Eternal Champion is a reincarnating hero that has lived many lives in the Multiverse, whose deeds are part of a larger interdimensional struggle for Cosmic Balance between the forces of Law and Chaos.