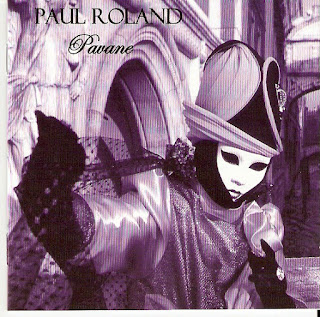 Since the release of his first (shared) single Oscar Automobile in 1979 Roland has been spinning his tales against a backdrop of gothic rock, psych-pop, folk and, occasionally, baroque strings. His character creations include a Regency magistrate, various 19th Century murderers, a retired executioner, an opium addict, and an entire court of medieval grotesques.

“Paul Roland has remained a cherished figure on the gothic rock and Psych pop periphery for 30 years…a treasury of detail and eloquence…Roland's impeccable narratives (and) formal, baroque instrumentation…creates the antiquated yet timeless ambience his songs deserve" (Marco Rossi, Record Collector, May 2010).

Joshua Pfeiffer (of Vernian Process) is quoted as saying "As for Paul Roland, if anyone deserves credit for spearheading steampunkmusic, it is him. He was one of the inspirations I had in starting my project. He was writing songs about the first attempt at manned flight, and an Edwardian airship raid in the mid-80s long before almost anyone else…."

“Paul Roland writes nice melodies and has a very particular personality but he is too intellectual for me!" (Frank Zappa, 1988).
wiki
Tracklist: