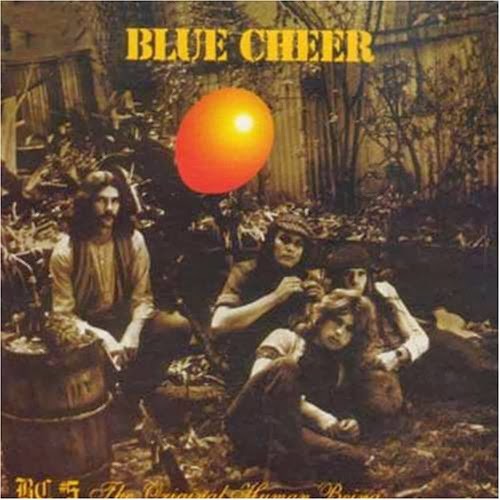 Blue Cheer was an American rock band that initially performed and recorded in the late 1960s and early 1970s and was sporadically active until 2009. Based in San Francisco, Blue Cheer played in a psychedelic blues-rock style, and is also credited as being pioneers of heavy metal (their cover of "Summertime Blues" is sometimes cited as the first in the genre, punk rock,stoner rock,doom metal,experimental rock, and grunge.According to Tim Hills in his book, The Many Lives of the Crystal Ballroom,"Blue Cheer was the epitome of San Francisco psychedelia." Jim Morrison of The Doors called the group "The single most powerful band I've ever seen."

The band is said to have been named after a street brand of LSD and promoted by renowned LSD chemist and former Grateful Dead patron, Owsley Stanley
The new line-up of Peterson, Kellogg, Mayell and Yoder in 1970 saw the release of The Original Human Being, followed by 1971's Oh! Pleasant Hope. When Oh! Pleasant Hope failed to dent the sales charts, Blue Cheer temporarily split up in 1972
The Original Human Being (or BC#5) is Blue Cheer's fifth album. It was released in 1970 and shows Blue Cheer exploring a more psychedelic and laid‑back rock and roll with horn sections on a few of the songs. This album features a very unusual, and different, song for Blue Cheer: "Babaji (Twilight Raga)", which features extensive use of sitar and synthesizer. These instruments were only used one other time in the song "I'm the Light" on the albumOh! Pleasant Hope 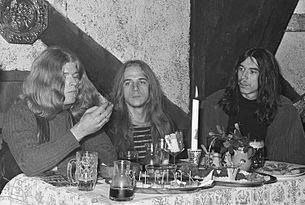