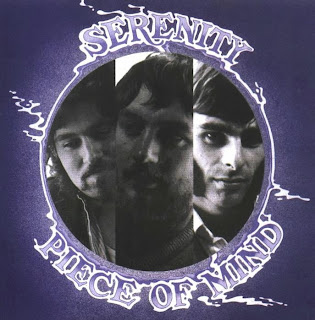 The sole album by this obscure New Zealand trio is decent early-'70s folk-rock with some occasional pop, psychedelic, and blues traces, though it's not notable enough to be of interest beyond the specialized collecting circuit. The trio do manage a pleasant low-key sound that has a slightly unusual, diffident, laconically hip quality, especially in the vocals. That makes for a nice change from the leagues of early-'70s albums colored by earnest blandness to the singing and songwriting. Also, like many rock records from the era made away from the main recording centers of the United States and United Kingdom, it has a slightly-behind-the-times feel, sounding more like a 1970 record than a 1972 one -- not a huge difference, but a notable one at a time when trends in pop music changed so rapidly. None of the songs are outstanding, but none are turkeys either; several of the tracks sound a little like engaging minor league cousins to Country Joe & the Fish's better reflective psychedelic tunes, and a California psychedelic influence is audible in the harmonies and wafting organ of "Away from Here." Much of the material has a breezy feel that doesn't try too hard, nearing an almost jazzy sense of hippie cool on "Millions." ~
Richie Unterberger, All Music Guide
download
passw: xara